I know, TechEd was almost four months ago, but it is never too late for swag, right? My intent was to post a daily update of the swag I collected, but extracurricular activities put a halt to that. I wish I could say that I’ll do better at keeping up next year, but knowing that we’ll be in New Orleans, that’s not likely to happen. I envy the people who manage to blog regularly while still participating fully in the conference

The most surprising thing about swag at TechEd was how little of it there was.  I only collected swag on two days. Two! Normally I have swag form every single day. I was especially disappointed that Microsoft had almost nothing at their stations in the Technical Learning Center. They were usually a good source for unique and fun items, like plush animals, foam super heroes, and travel power strips. This year, nothing.  I heard a rumor of one or two things, but I never saw them. Windows Phone was one of the few Microsoft areas that had things to give away. (unfortunately none of the items I received were actual Windows Phones).

Here are photos and listings of the few items that I picked up this year.

There were two sources of swag on Sunday: the conference bag at registration and the Krewe Meet and Greet at Howl at the Moon. 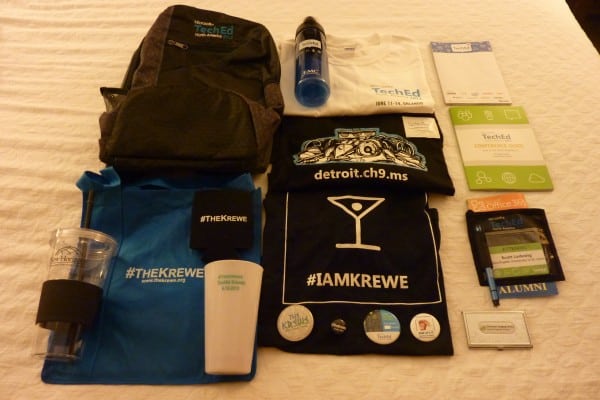 From the Krewe MnG: 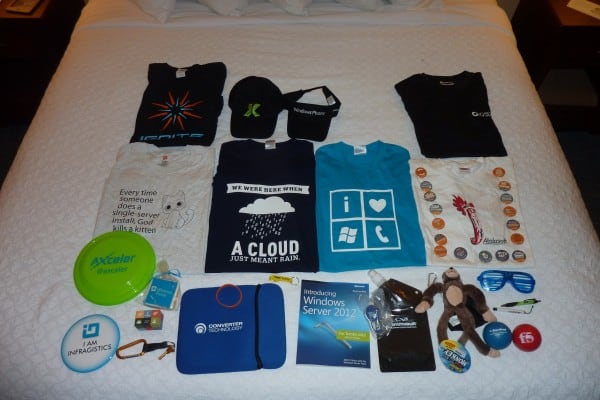 I had to include a close shot of the Axceler SharePoint Kitten shirt here. I’m sure most of you have seen it before, but I still smile when I see it. Many thanks to Christian Buckley for saving one of these for me. 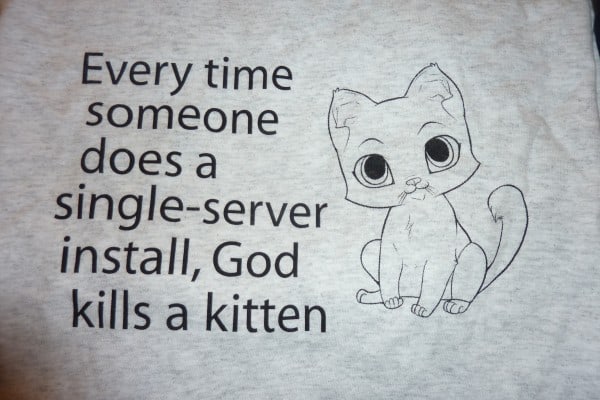