Conference time means swag time! Let’s kick off my daily roundup of the swag I collected, something I like to call… the LadeSwag Report! Day 0 = not much swag. Until the vendor expo opens, the only swag is what I picked up at registration, pictured below. The breakdown: Conference Bag Conference Notebook Attendee Party
Read More

I just went through registration and picked up the conference bag. As Rod Trent (@RodTrent) kept hinting, the bag is pretty nice. I had a sneak peek, but its even better in person. One word of warning though. If you’re a backpack person, you’re going to be disappointed. So, without further ado, here is the
Read More

I’ve been spotlighting pieces from my swag collection in my Project 365 photos this year. The last several have been foam super heroes that Microsoft calls the Source Fource. These characters were offered at events like TechEd as well as rewards for attending development webcasts. I have the first two collections, but somehow missed a few
Read More 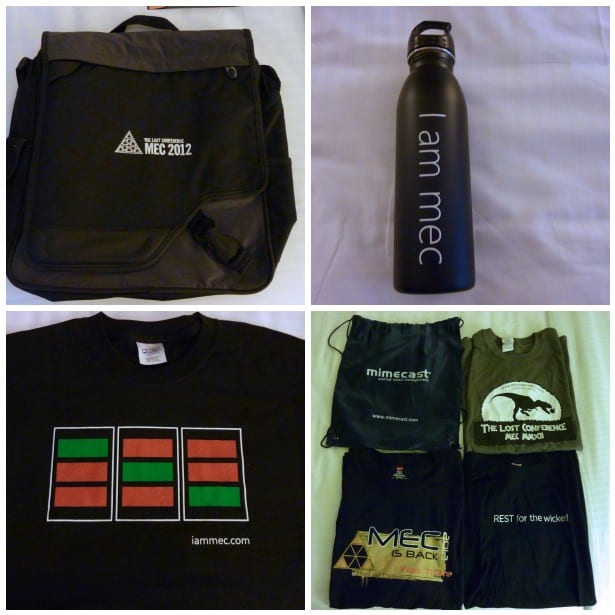 I know what you’re thinking. You’re probably asking yourself (in that quiet inside-your-head kind of voice) some questions. A swag report? For a conference that happened four months ago? Who thinks anyone really cares about the swag he picked up, let along swag from FOUR months ago? Well, let me answer those questions. Yes. Yes. Me.
Read More

I attended the Microsoft New Era of Work event when it came to St. Louis last month (November 27 to be exact).  New Era of Work (NEW) was a 2012 launch event with tracks for IT Pros, Developers, and Executives. I attended the IT Pro track naturally even though much of it was a repeat
Read More