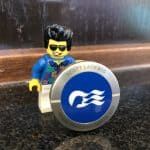 I was on Princess Cruises’ Regal Princess recently for a two-day cruise out of Fort Lauderdale. The November 13 sailing was the public debut of Princess’ new Ocean Medallion technology. If you’re not familiar with Ocean Medallion, it is a collection of new services focused on improving the guest experience leading up to and through
Read More

Good intentions rarely lead to blog posts.  At least that’s how it works out for me when I go on a trip. Look back through my blog and you’ll see examples of everywhere. TechEd posts that peter out mid-week. Swag round-ups that are weeks or months late. Some conferences don’t even merit a mention. I
Read More

I’m not sure when it happened, but Princess Cruises updated their Bridge and Wedding Cams page.  Princess is one of the few lines that place bridge cams on the entire fleet, but their page was frustrating to use (to me at least). It opened in a pop-up window, and you had to select from a
Read More

The Royal Princess webcam is now live! Princess Cruises has not linked to the bridge cam on the web site, but Crusdiva on Cruise Critic broke the news on the “Everything Royal Princess” thread. It is actually more accurate to say that the link to the picture for the bridge cam is live. The image itself
Read More

I haven’t added a new travel countdown recently, so now is a good time to correct that situation. Get ready Canada and New England because I’ll be visiting in October 2014. Last night we booked a 10-day Canada & New England cruise on Princess Cruises’ Ruby Princess (Voyage R439). We start the cruise with an
Read More