I normally provide an annual update on my quest for Green Bay Packers season tickets, but I missed last year. My blogging activity dried up while I procrastinated worked on moving my site to a new site. More on that later, but here’s a combined update for 2016 and 2017. For those who don’t know,
Read More

Yes, the date in the title is correct. This is an update for 2015 that I’m just now posting in 2016. While cleaning off my desk at home (need space to do taxes), I came across my annual postcard from the Green Bay Packers letting me know my place in the line for season tickets.
Read More 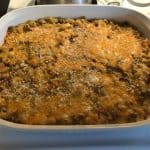 I don’t normally blog about recipes. In fact, I don’t think I’ve ever posted a recipe of any kind.  I recently adapted a recipe for a recent Packers game, however, that was a big hit at home, so I thought I’d share. If you want the story, keep reading, otherwise you can skip to the
Read More

One of my favorite postcards arrived in the mail today. It wasn’t one showing an exotic destination with the usual message of “Wish you were here.” No, this postcard was a simple green postcard, one of about 112,000 sent from the soon-to-be frozen tundra of Green Bay, Wisconsin. Yes, it’s the annual season ticket waiting
Read More