Today is the first day of our vacation at Walt Disney World and we were treated to some early evening fireworks courtesy of NASA. Space Shuttle Atlantis launched this evening at 7:38 pm. A guy was on the phone with someone watching it on TV and gave the word when it cleared the tower. After a few seconds we could see a bright dot heading skyward over Tomorrowland (appropriately enough) with a white trail billowing behind it. An awesome sight even from that far away. Everyone cheered as it faded from view. Very cool.

Update!  I’ve posted the photos of the launch in their own album so you don’t have to dig through my Magic Kingdom photos if you don’t want to.  Remember, we watched the launch from Walt Disney World, over 60 miles away, so don’t expect to see astronauts waving from the cockpit windows in the photos.  Here are a couple of photos, including one photos zoomed in to show the shuttle right after the solid rocket boosters separated. 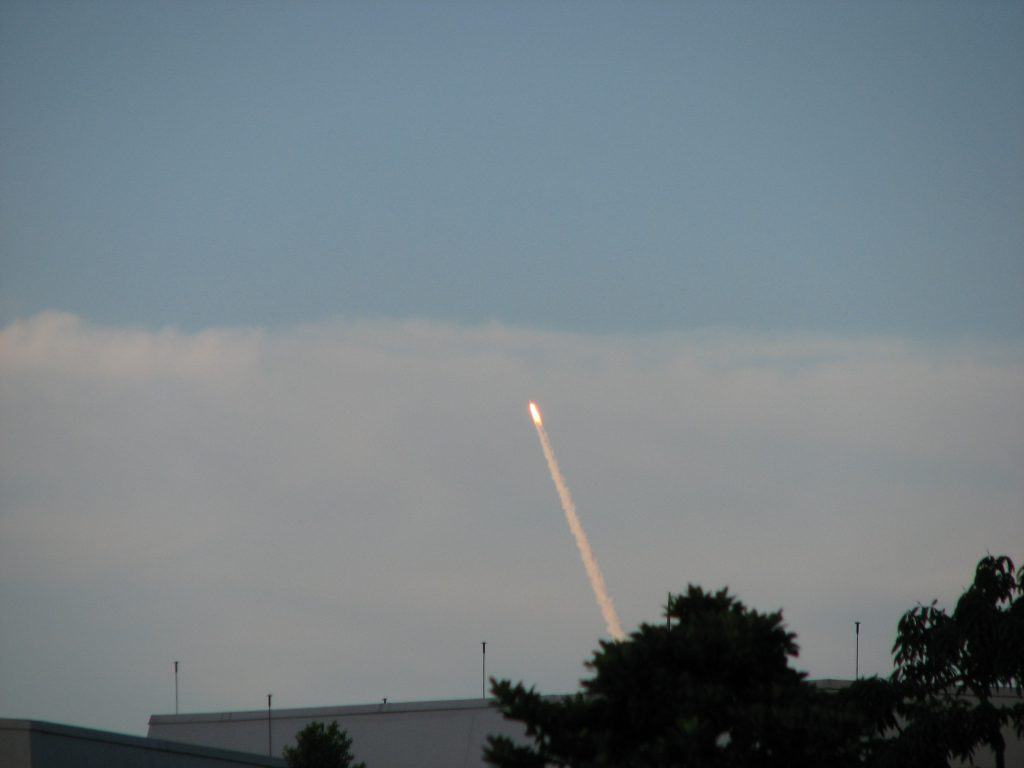