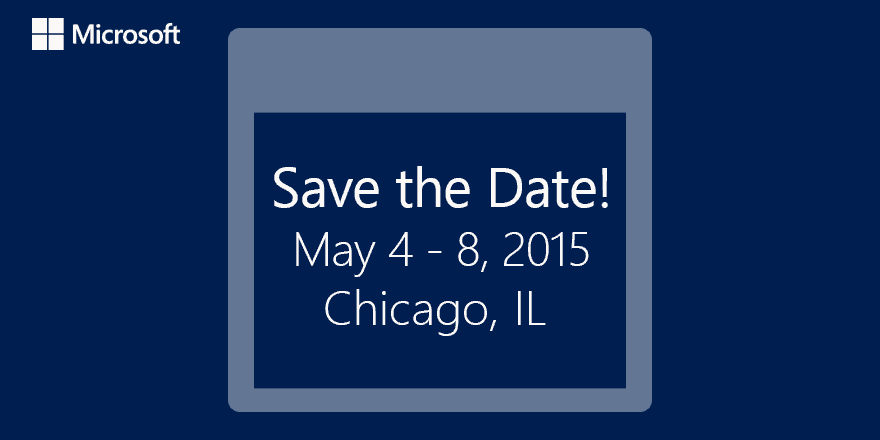 I was on my way back to St. Louis after a weekend in Montgomery, Alabama, and Atlanta, Georgia, this morning when I first caught whiff that something was up with TechEd. I saw a location (Chicago), dates (May 4-8), and then… a whole bunch more. There were three different Microsoft posts about today’s announcements:

After the first two posts went live and people started talking, the general consensus was that not only were the product conferences going away, but TechEd itself was being replaced with a new, all-in-one conference aimed at IT Pros. People joked about the awkward “name”, coining the new acronym MUTEE in the process. Others debated what it meant for Build and WPC (nothing as it turns out).  Others complained about how it was communicated, myself included.

At one point Paul Thurott pointed out that while people were saying the Julie White post said a lot of things, it didn’t actually say all of those things.  (Read his article about today’s events.) Much of what people were saying was inferred. Then Steven’s post went up, and he specifically states that TechEd wasn’t going way, that the new event was an addition to TechEd, not a replacement hereof. A short while ago, Denise updated her blog post to echo Steven’s comments about TechEd not going away.

I just re-read the three posts, and these are the four points I took away:

Here’s my take on the whole thing. Let me step up on the soapbox…

It’s difficult to have an informed opinion because we really know so little. We know a city and we know the dates, but beyond that, we didn’t learn much. What we did find out wasn’t consistent from one messenger to the next. Not because they contradicted each other, but more because they didn’t say much that was definitive.  I’m sure that behind all of the announcements today, there was something concrete that Microsoft wanted to convey, but if there was, they’ve done a good job of making it look like a half-baked, last-minute announcement to shouldn’t have been that way.

I’m not sure why Microsoft had to announce something today. Internal politics? Perhaps.  I would have preferred that they had waited, honed their message,  and made sure everyone was on the same page before they said anything. All they did today was confuse people. At the very least, if you’re going to go public with an announcement to a community, ask a few people from the community who aren’t wearing a Microsoft badge to read what you’re going to say, and see what they think. If some points aren’t clear to them, they’re probably not going to be clear to the target audience either. At the very least, put out a FAQ and address the confusing parts one by one.

If I were in charge (just imagine what that would be like!), I would have announced that TechEd would be in Chicago starting May 4 and ending May 8, and invite people to check back in September when we have “more exciting news to share” and nothing more. Done. Finis. The End. Nothing confusing. Nothing ambiguous. Easy for people to stay on message when talking about the announcement.  Leave the rest of it until September. We’ve waited this long, waiting another month or two isn’t going to make a difference.

But that isn’t what they did, and now we have people debating what might or might not be happening, and while that can be fun for a little while, it isn’t very productive. it just makes it look like Microsoft either doesn’t know what’s going on, or isn’t able to communicate what’s going on, and neither one is a great look for them. When you leave things at best vague and at worst contradictory, people fill in the gaps the way they want, and inevitably will be disappointed when the real situation is revealed.  This seems to be an issue again and again, and I find it difficult to figure out why it keeps happening when there are so many smart people there.

I’m getting down off the soapbox now.

Now my thoughts on the real details of the event(s) as opposed to the process of the announcement:

So that’s my two cents (more like a dollar and change). No matter what they call it, I’ll be there. And I hope I see you there too!