At the Microsoft Exchange Conference (MEC) last year, the first in 10 years, they said that MEC would return when they “have something new to say.” The only other thing they would say is that it wouldn’t be another ten years before the next one. It runs out they were right. Mark your calendars for April 2014.

As several people have tweeted (Jeff Guillet, Tony Redmond, Paul Robicheaux, et al.), Microsoft updated the I Am MEC site today to tell people that MEC will return in April 2014 and to save the date. No indication where or when in April, but they have some time to figure that out. Odds are I won’t be there since we’ll probably be out of the on-premises Exchange game here at work.

Some blog posts about the announcement: 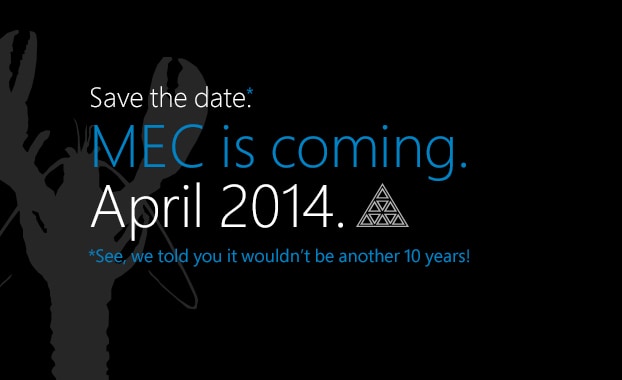 Update: I just received the email announcing MEC 2014 from mec@microsoft.com. I like their acknowledgement that “save the date” means “save the month” in this case. 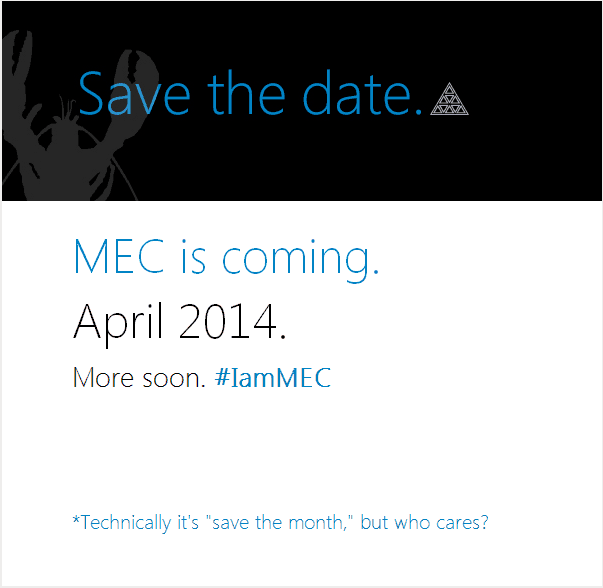