K’s new iMac arrived today.  We would have had it yesterday, but I had it delivered to the office and we were closed for the Martin Luther King holiday.  Still pretty amazing that the system went from Shanghai to St. Louis in four days.  We’re lucky if we can get first class mail from here to Moline in four days!

We’re in the middle of copying her settings and files from the old iMac to the new one.  Impressive to compare the two iMacs.  The new one is so much thinner, and the larger 24 inch display doesn’t hurt either.  Have several days of getting things tweaked and moved around, but it will be well worth it.  Here’s a photo of the new toy. 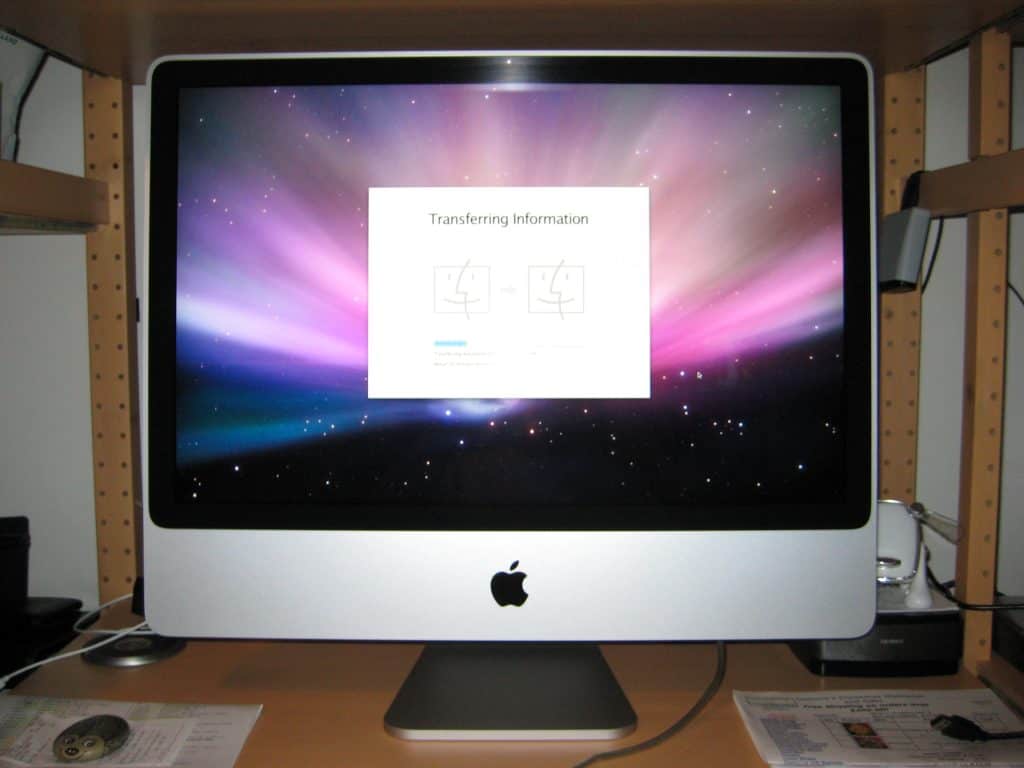 Of course, if we’re upgrading the Mac then I need to see about upgrading my system.  I have a Dell XPS 400 I bought almost three years ago. This was the first name brand name PC I’d bought in years, going back to my Gateway 2000 486DX-33 I bought in the late 1980s (complete with VESA local bus graphics… remember those days?).  It has been a great box, but I’m getting spoiled at work with Core 2 Duo systems, so it is time to break en the piggy bank and build a new system.

Tangent alert! Remember when Computer Shopper was a 600+ page tome, the definitive guide to anything and everything having to do with PCs?  I miss those days.  Sure we have all this info on the we, complete with scores of hands on reviews to help identify what works and what doesn’t.  But with Computer Shopper, in an afternoon you could be completely cat up with what was out there.  Now with the web, you start looking for a case, then for a video card, and then you’re watching a video, and before you know it, 8 hours have gone by and you’ve forgotten what it was you were looking for in the first place!

Anyway, here’s what I’m going with in my new box:

I’ll reuse my hard drives, TV card, DVD burner, and monitor.  Christmas in January!  Now if retailers would just start getting the E8400 in inventory….