Skip to content
HomeMicrosoftCountdown to Ignite Ep. 8: The One About Rocking Out at the HOB, Craft Beers & Bacon, and the Best Hamburger in Chicago 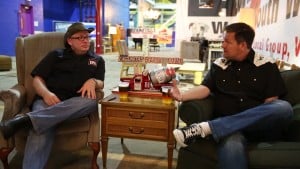 It’s time for one more trip to Chicago for Rick Claus and Joey Snow this week. They’ve saved the best for last, so you won’t want to miss this episode. They also answer some questions from the forums. Keep reading for my summary, but make sure you click over to the Ignite blog for the video and full blog post.

The complete agenda for the week of Ignite is on the website if you haven’t noticed. If you look on Monday night you’ll notice something called Ignite Rocks. Ignite Rocks is the reborn Jam Sessions from TechEd. If you’re a musician or a singer or just enjoy good music performed by your fellow attendees, stop by the House of Blues starting at 9 PM Monday night.

Want to avoid lines when you pick up your conference badge? Ignite is offering several badge pick-up locations away from the convention center. You can pick-up your badge at any of these locations on Saturday May 2 and Sunday May 3. Please note that this is only for your badge. Materials pickup (a.k.a the bag and other goodies) is over at McCormick Place. Since you’ll already have your badge though, you should be able to get in and out quickly. I’ll do that on Sunday first thing in the morning to get that out-of-the-way. Here are the locations:

No matter where you’re staying, you can probably a nearby location (and there’s always the airport if you’re coming in to O’Hare). Check the Ignite blog post for a list showing which hotels are near each of the pick-up locations.

That’s it for this week. Check out the episode below and enjoy a look at some of the best spots in Chicago.