Skip to content
HomeMicrosoftCountdown To Ignite Ep. 7: The One About Breaking In Shoes Now, Wrigley Field, Navy Pier and Buddy Guy’s Legends 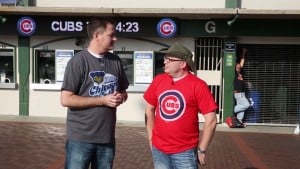 After last week’s excitement around the reveal of the conference bag, it’s time for Rick Claus and Joey Snow to answer some questions from the forums and offer up some tips for first-timers before hitting the streets of Chicago for another look at things to do. Keep reading for my summary, but make sure you click over to the Ignite blog for the video and full blog post.

That’s it for this week. Check out the episode below and enjoy this first look at your constant companion for a week in May.