Skip to content
HomeMicrosoftCountdown to Ignite Ep. 2: The One with PreDay Sessions and Drinks 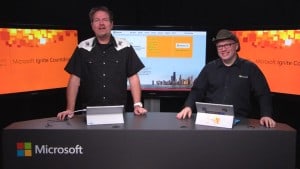 Episode two of the Countdown to Ignite show is available for viewing. You can check out the Ignite blog post summarizing the show, but here’s a quick rundown of what Rick and Joey cover this week.

Continuing their tour of the places to eat and drink in Chicago, Rick and Joey made the rounds of a few more locations. This week they go to:

If you haven’t registered yet, head over to the Ignite website and register now. Hotels are going fast, so don’t delay. You can check out my post with showing hotel availability (as of February 5).