As of 5 PM today, for the first time in 27 years, I am unemployed. Not because I was laid off or fired. I am jobless by choice. I am what they call… retired. Now you might be saying, “You’re too young to be retired.” Which is true up to a point. Technically one must
Read More 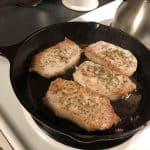 I normally cook steaks on the grill outside, but with the recent stretch of single-digit temperatures, I wasn’t too excited about going outside to cook the ribeyes I pulled out of the freezer. As I contemplated how I was going to prepare them, it became apparent that I need to fill the gaping hole in
Read More 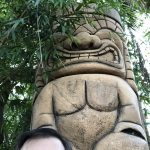 We interrupt your normally scheduled web browsing for this special announcement. My blog has a name. And a new look. Say goodbye to “Scott Ladewig’s {insert site name here}”, and say hello to… “Attack of the 50 Ft. Tiki!” I am still going to post about the same mix of topics as always, although I
Read More

I normally provide an annual update on my quest for Green Bay Packers season tickets, but I missed last year. My blogging activity dried up while I procrastinated worked on moving my site to a new site. More on that later, but here’s a combined update for 2016 and 2017. For those who don’t know,
Read More